A short break in Ingleton 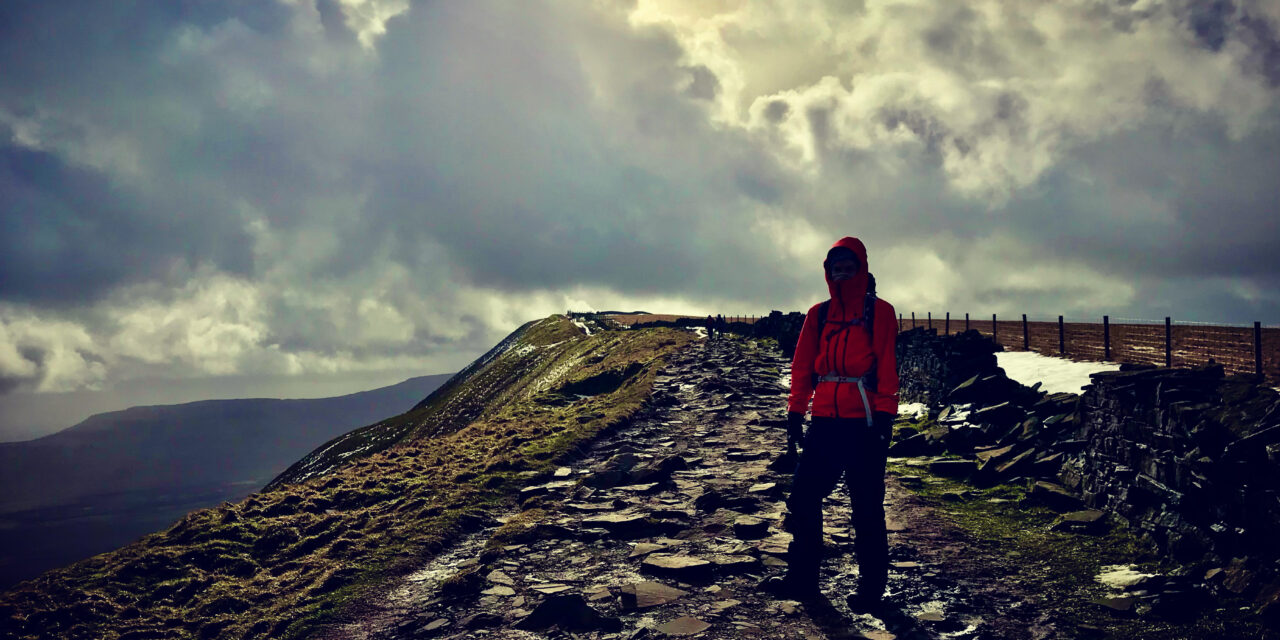 February 2022 we received an invitation to walk and stay near Ingleton in Yorkshire. Predictably, the weather was ‘challenging’! Although we did experience some sunny spells there was rain and there was definitely wind… lots of wind!

First hike was the Ingleton Waterfalls Trail. What a fantastic time to do this one! Lots of rain meant the falls were all spectacular and walking between them was delightful (although quite steep at times).

Before we set off I checked the weather with MWIS. They predicted 60 MPH winds between 700 and 800 metres with a wind chill of -14C!!! They were right :-o. The way up was a gradual climb over several miles which led us onto the ridge where we stopped for food and drink. It was on the dangerous side of chilly up there so lunch was brief. The way down was much steeper and therefore quicker, however all the paths we travelled that day were magnificent, paved and very well maintained! 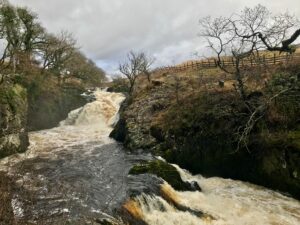 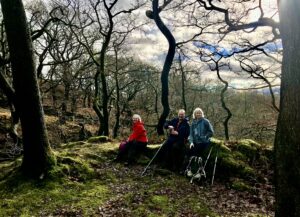 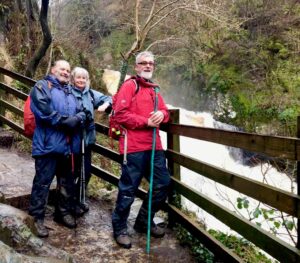 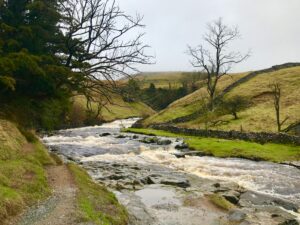 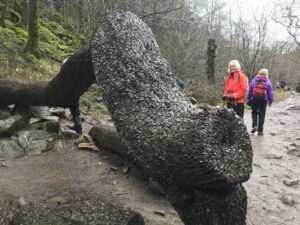 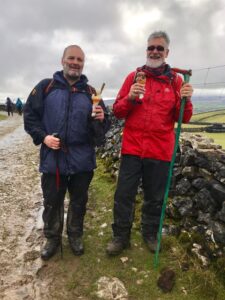 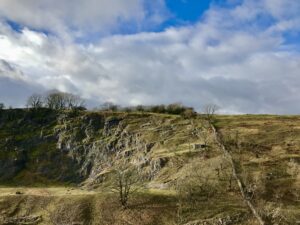 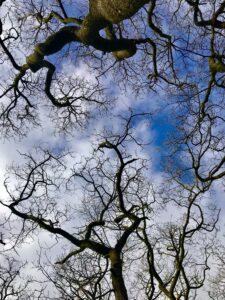 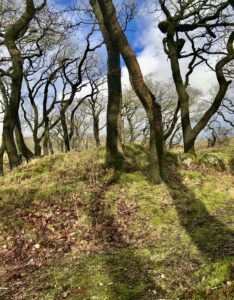 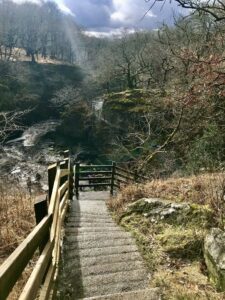 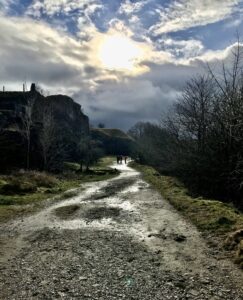 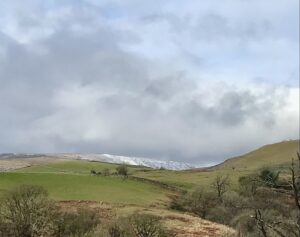 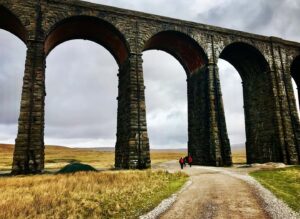 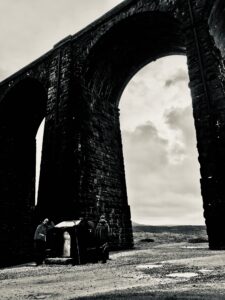 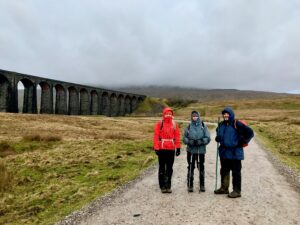 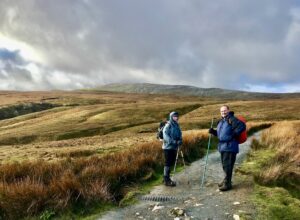 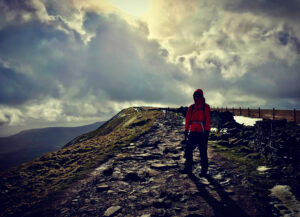 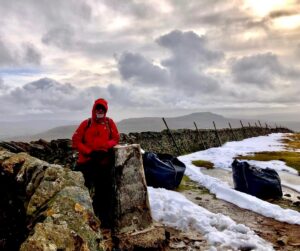 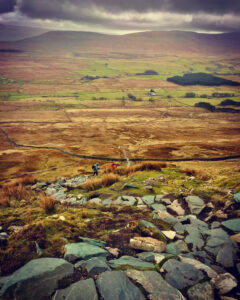 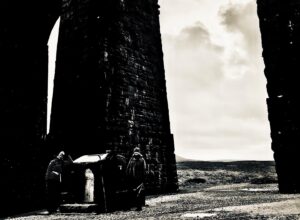 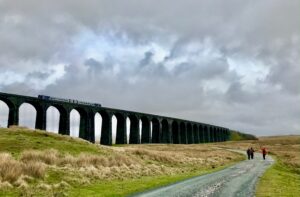 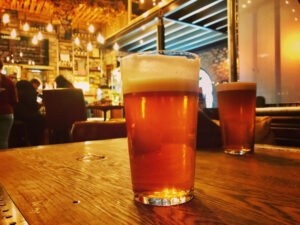 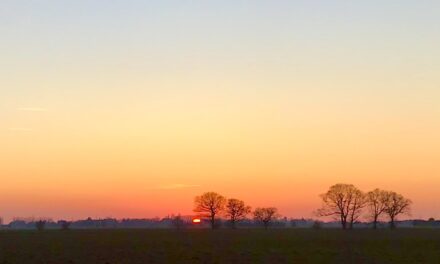 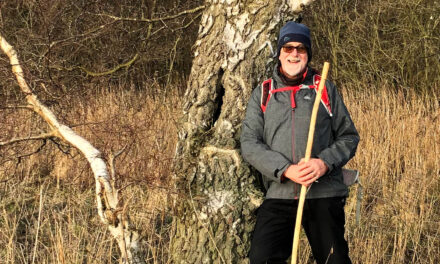 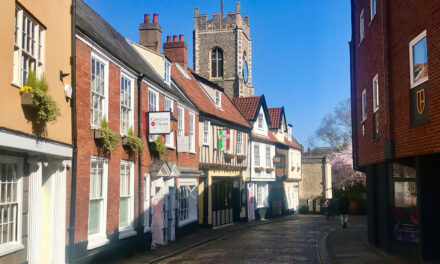 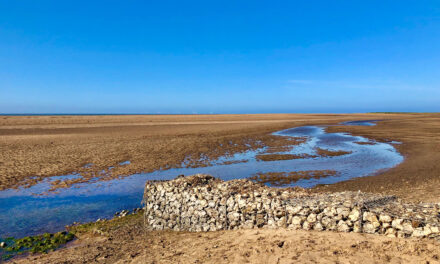