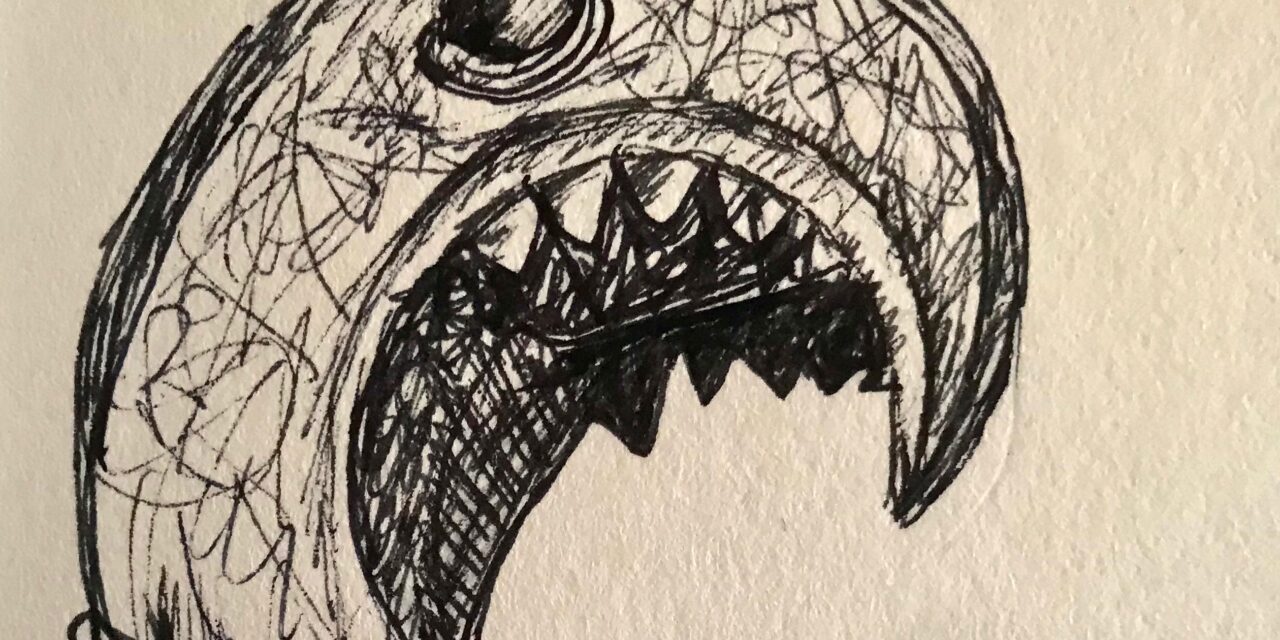 I’m pleased to finally announce the completion of the ‘Viking Stick’ (3rd March 2022).

The head is based on a Viking Warship Figurehead on display in the British Museum. The ‘shank’ echoes the Viking theme (I think)… the repeat pattern at the top of the shank is engraved to about 2mm then burned (pyrographed) to darken the top layer and provide greater contrast. The topper is Sycamore and the shank (it was donated by a friend) maybe Blackthorn.

Halfway through the project I discovered a flaw in the wood (part of the jaw dropped off!). I was able to experiment with coloured resin which resulted in the red ‘scars’ you see on the finished item. I think this adds to the drama of the piece.

I’ve also included images of how the carving progressed, from a block of wood to the completed stick.

I’ve included some reference images from The British Museum (obviously this is NOT my carving :-o) 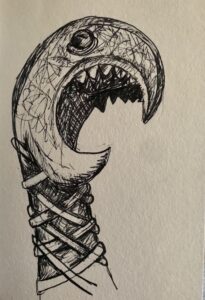 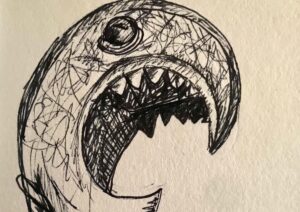 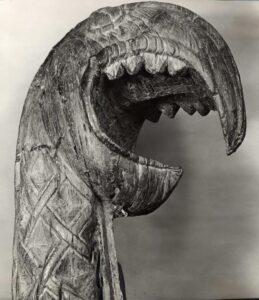 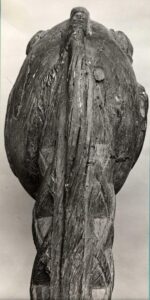 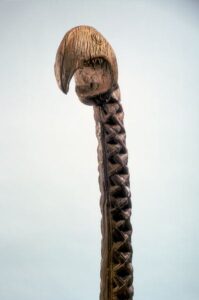 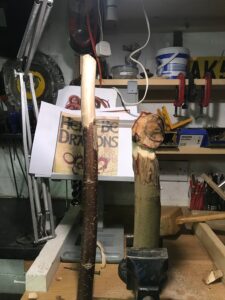 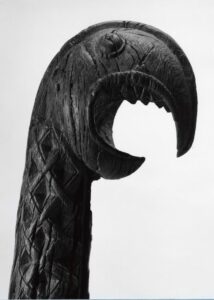 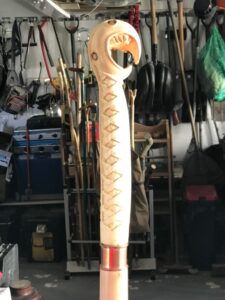 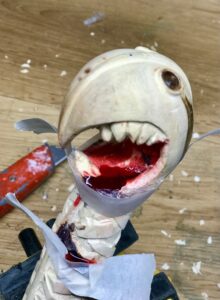 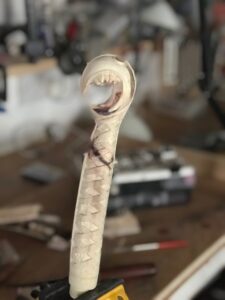 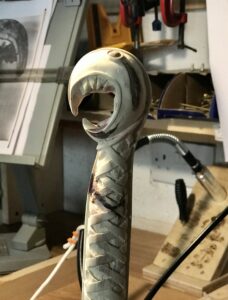 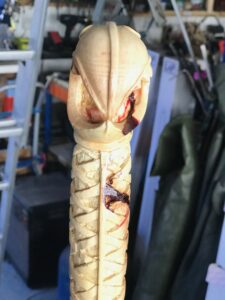 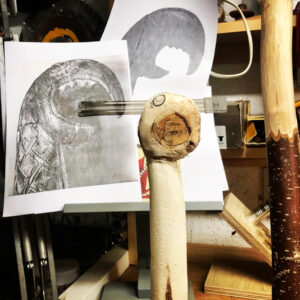 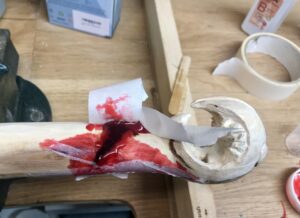 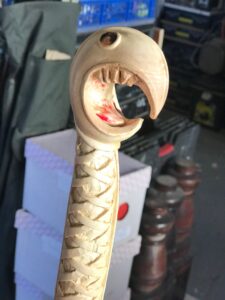 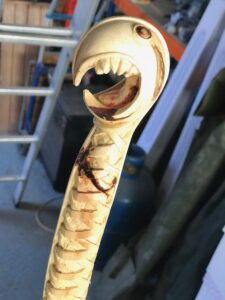 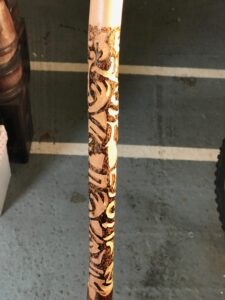 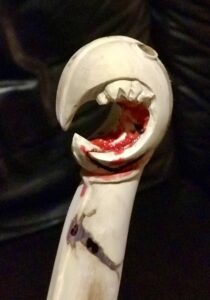 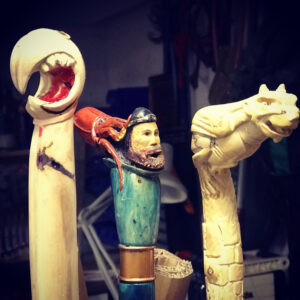 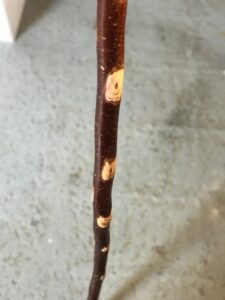 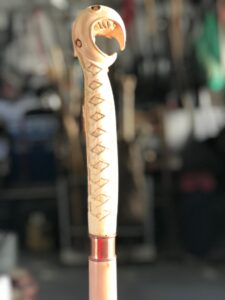 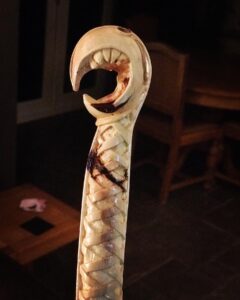 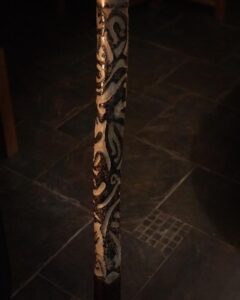 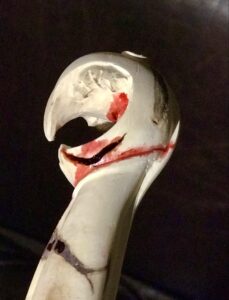 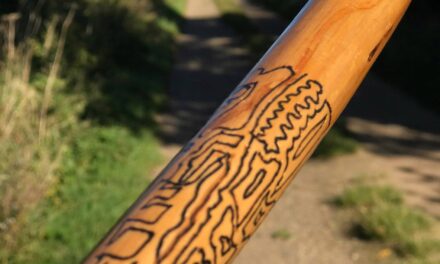